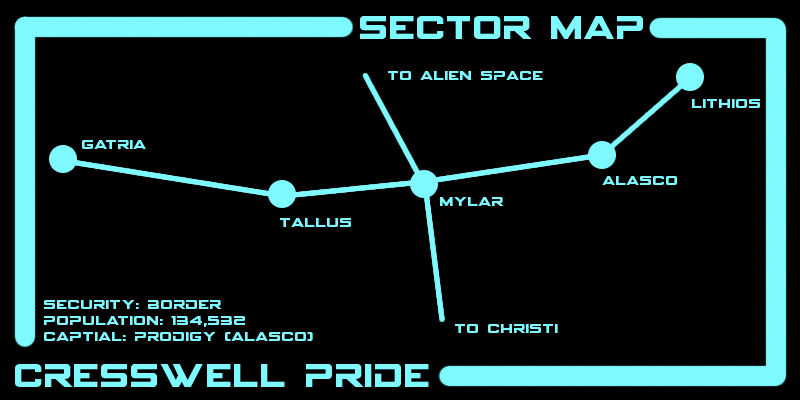 Cresswell Pride is a sector of Union space that falls on its north-western border. The sector consists of 5 systems: Lithios, Alasco, Mylar, Tallus and Gatria.

The sector was originally named Prodigy after the only colony in the sector. However after the death of Grand Admiral Mortimer Cresswell, the system was renamed to its current name in his honour. The people in the sector took a liking to the name and the history that came with the name. The Cresswell family today hold a lot of sway in the sector and own a 20% stake in the Mylar Power Corporation. Gregory Cresswell makes a trip to the sector at least once a year, and is billed as one of the main events of the year in the sector.

Retrieved from "https://hyperuranion.fandom.com/wiki/Cresswell_Pride?oldid=177"
Community content is available under CC-BY-SA unless otherwise noted.